The Roman Catholic Church in Emthambothini 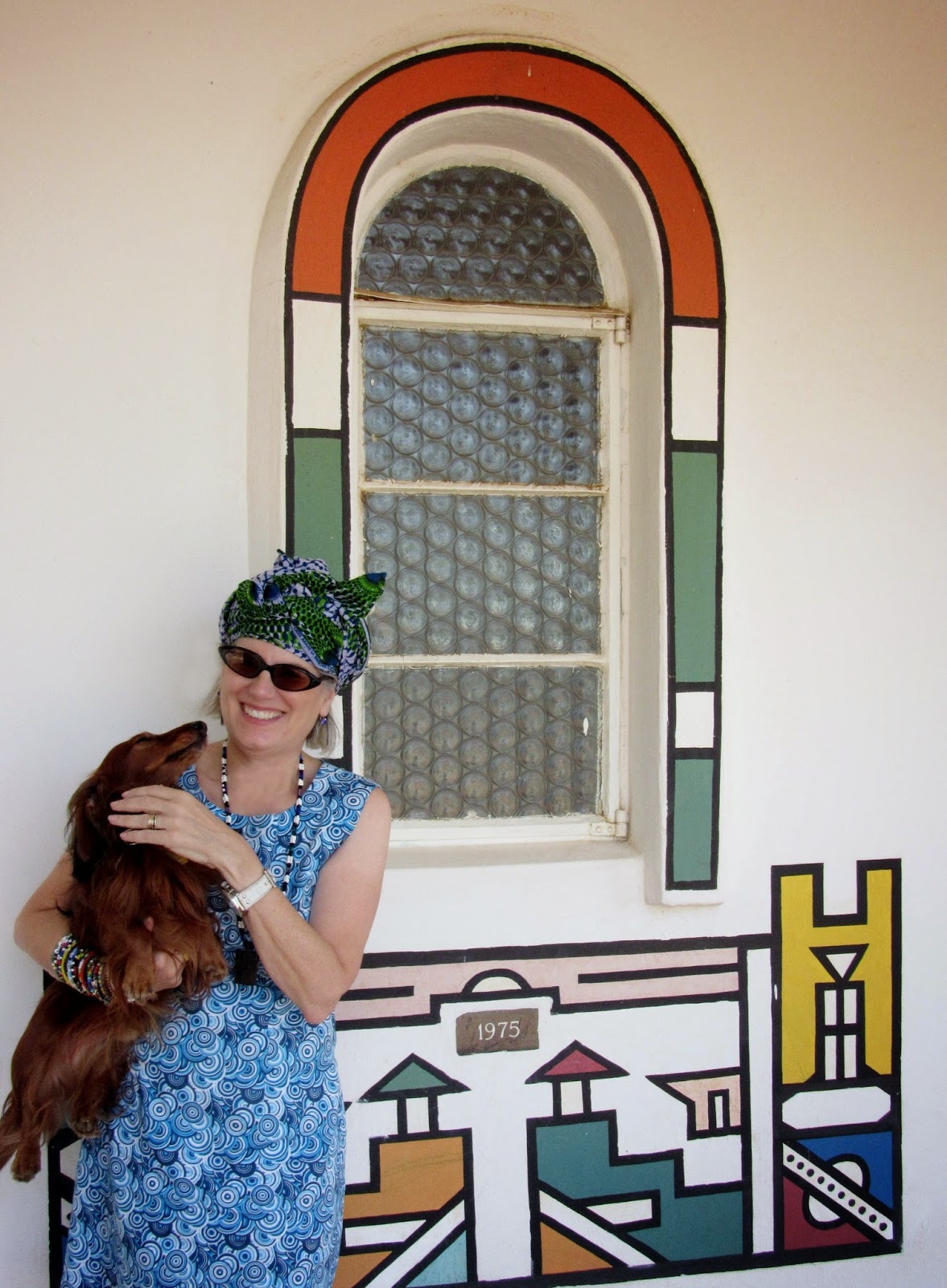 The church was built in 1975 and painted by Francine Ndimande with help from her husband. It took them about a year to paint all the murals! Francine had grown up in Middleburg, a part of the Ndebele homelands that had been settled by German missionaries at Fort Merensky. The Roman Catholic mission was called Botshabelo, "place of refuge." It was because of Francine that this new church was built near her new home in Emthambothini.

(Interestingly, there is another great South African artist who came out of the mission at Fort Merensky.  Gerard Sekoto. Gerard, the son of mission-trained teacher Jan Sekoto, was born at Botshabelo in 1913. Gerard would later emigrate to Europe, obtain French citizenship and achieve considerable international renown as an artist.)

Over time, the natural paints and pigments that Francine had used in 1975 weathered and faded. In 1995, the church was completely renovated and Francine led the team restoration of the paintings. This time she had the help of over 40 women in the community and it only took them about four months to complete the painting!

Like all Ndebele structures, there is a walled courtyard completely surrounding the church. 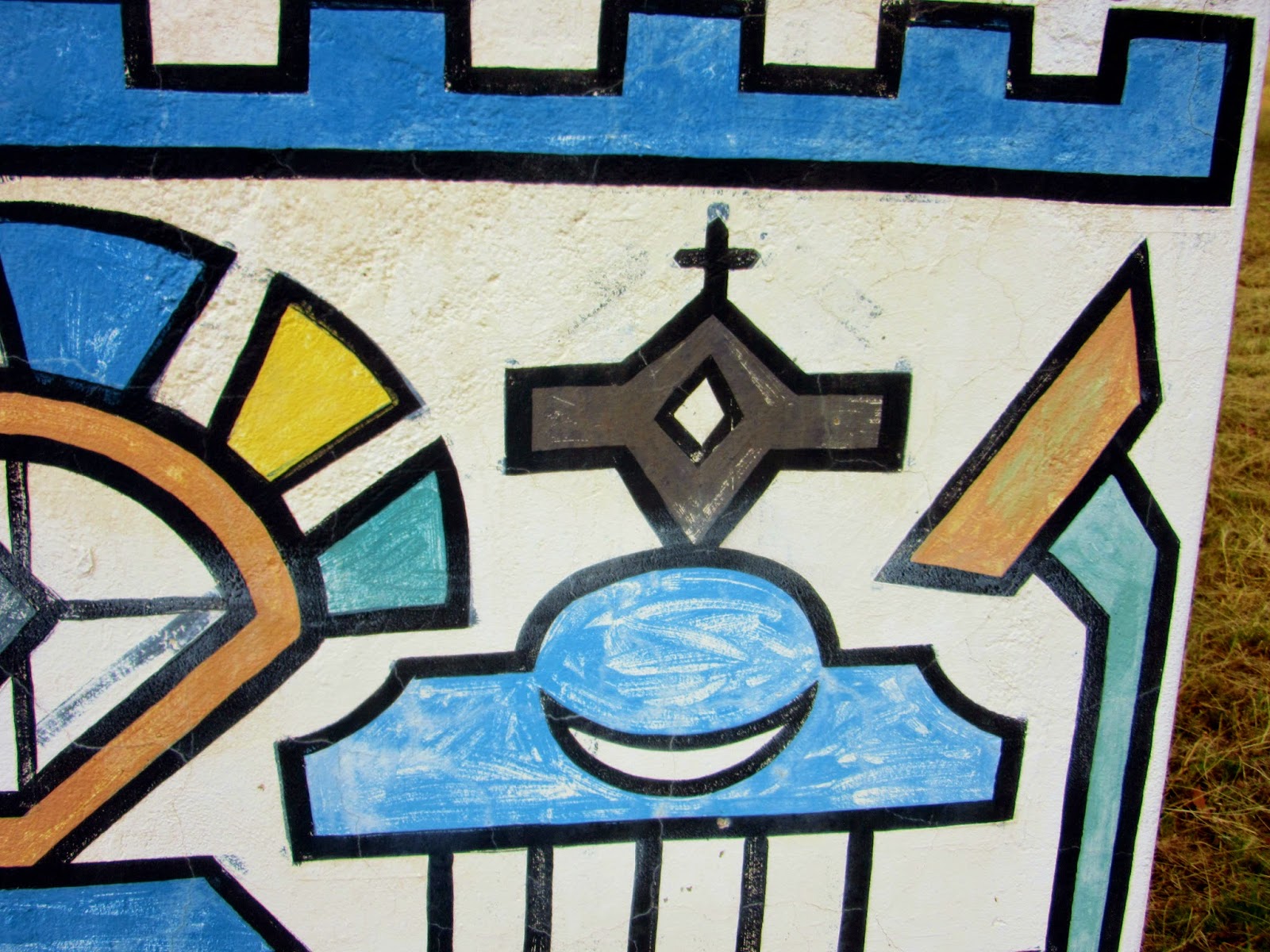 It is interesting to note that the first Ndebele wall paintings featured exclusively geometric designs and there weren't really any literal depictions of figures or objects as there are for example in San rock paintings. The Roman Catholic Church however had many religious images. Here are some of them ...


Tomorrow is Palm Sunday and the old palms on the altar cross will be replaced with fresh new palm fronds to begin Holy Week. We thought long and hard about coming back to The Roman Catholic Church for one of the Easter Masses next weekend. But it is far and quite frankly, I am not sure if we could find it again! We will probably just go to Mass at our local parish church before we go out for a very special Easter lunch.